Everyone loves to see dolphins, those magnificent and intelligent masters of the sea.  There are many in the Mediterranean and we are blessed to have several types and pods here on the Costa del Sol.  So can you see Dolphins from Cabopino?  The answer is yes, certainly.

I have seen pods of both the smaller common dolphins and their much larger cousins the bottlenose dolphins on several occasions, both from the terraces of the rental apartment and whilst walking along the marina walls, the boardwalks and the beaches. 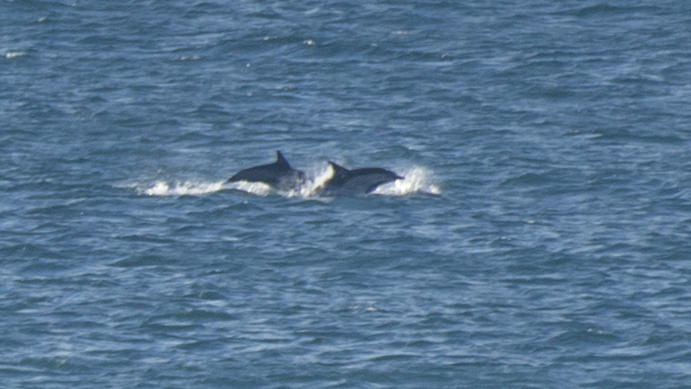 Whilst I have seen dolphins with the naked eye on several occasions from Cabopino please don’t thinks it’s a daily occurrence.  You are indeed lucky and privileged if you catch sight of these amazing creatures during your visit.

This year I have seen large pods of common dolphins from my terrace in front of the Las Mimosas Golf de Cabopino urbanisation, just off Calahonda Beach on three occasions. 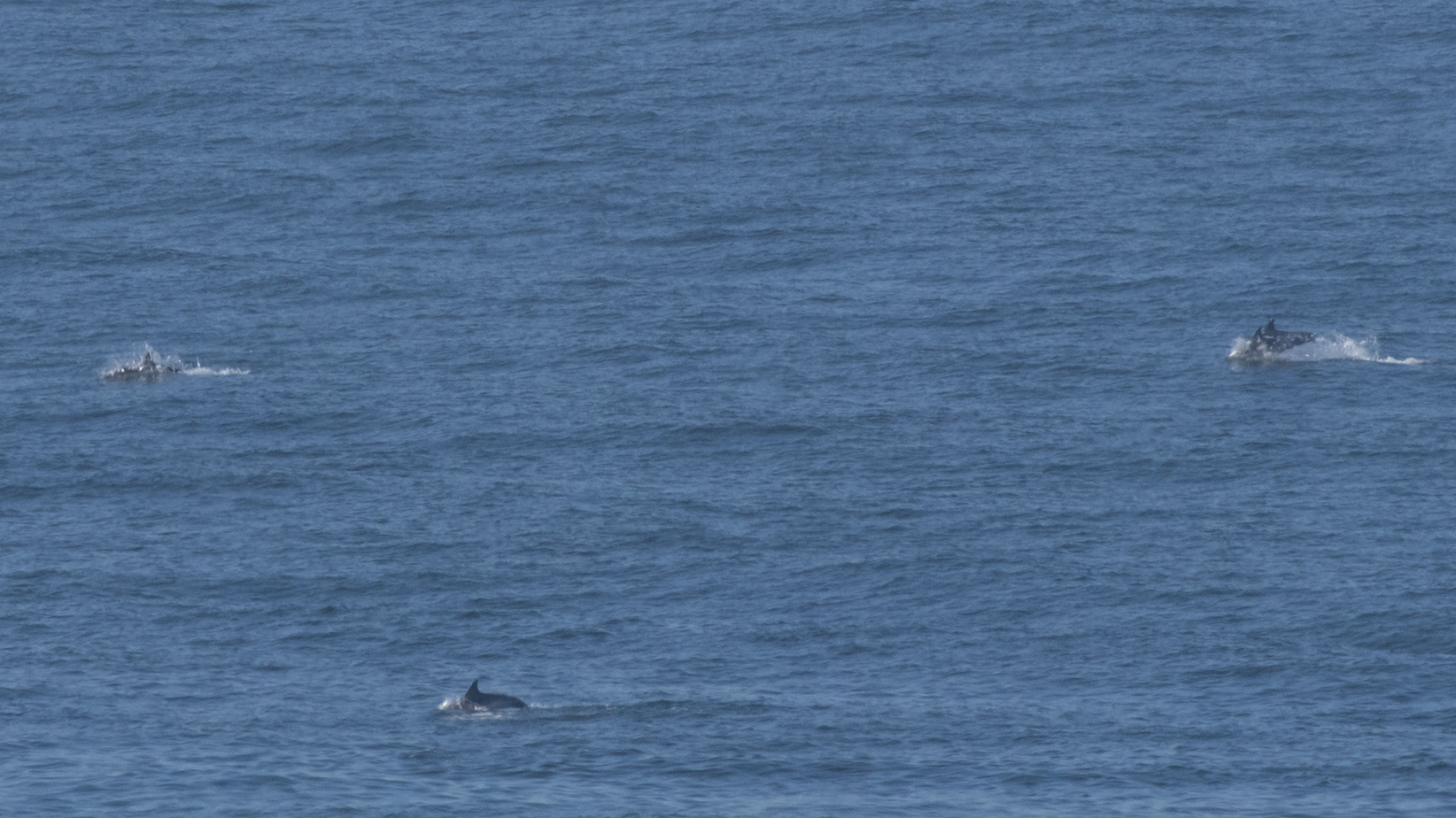 I have seen pods of the larger bottlenose dolphins breaching majestically from the water, seemingly playing and having fun, off the marina wall and more recently just 100m from the beach, by the yellow buoys used to delineate the swimming and boating areas, in front of the Triana restaurant at the far end of the Playa Artola beach.

Several tour operators, such as Splash Water Sports, offer Dolphin watching trips in the area allowing you to witness the Cabopino dolphins in their natural habitat.  This surely has to be so much better that seeing these magnificent mammals penned up in small tanks in so called marine parks.

For big sea life fans wanting to see a host of marine mammals I’d recommend you take a whale watching trip from Tarifa, where the whales regularly pass through the Straights of Gibraltar, and in in the summer months a well known pod of cunning Killer Whales (Orcas) return each year to steal the catches off the lines of the traditional tuna fishermen just off the African coast.  I have done this trip on two occasions with Tumares and both times we saw the killer whales.

So if you are looking for somewhere to stay with the opportunity of maybe seeing dolphins take a look at the availability for my Cabopino rental apartment.